It was a strong day for the Minnesota Training Center and Storm athletes on Friday at the USA Wrestling Senior National Championships in Las Vegas, Nevada.

In Greco-Roman, the U.S. coaching staff changed up the format making the championship finals of the U.S. Open the first match of the best-of-three series to determine the spot on the U.S. World Team. The second and third matches of the World Team Trials series completes June 3-4 in Ithaca, N.Y.

Two Minnesota Training Center athletes reached the championship finals in Las Vegas as Jordan Holm won his third straight title and fourth overall with a 9-0 win over the Army's Jon Anderson at 85kg while Pat Smith fell 7-2 to to the Army's Justin Lester at 71kg.

Holm went through the tournament unscored upon. He opened up with a 10-0 technical fall over Northern Michigan's Ethan Dondlinger and then followed with a 9-0 technical fall over past Junior World Team member Marcus Finau in the semifinals. Finau moved down from 96kg to 85kg. Holm went into par terre in the first period against Anderson scoreless before Holm scored two two-point turns to build a 4-0 lead. Holm tacked on a fifth point on a caution before launching Anderson for four big points to end the match and earn the 9-0 technical fall. 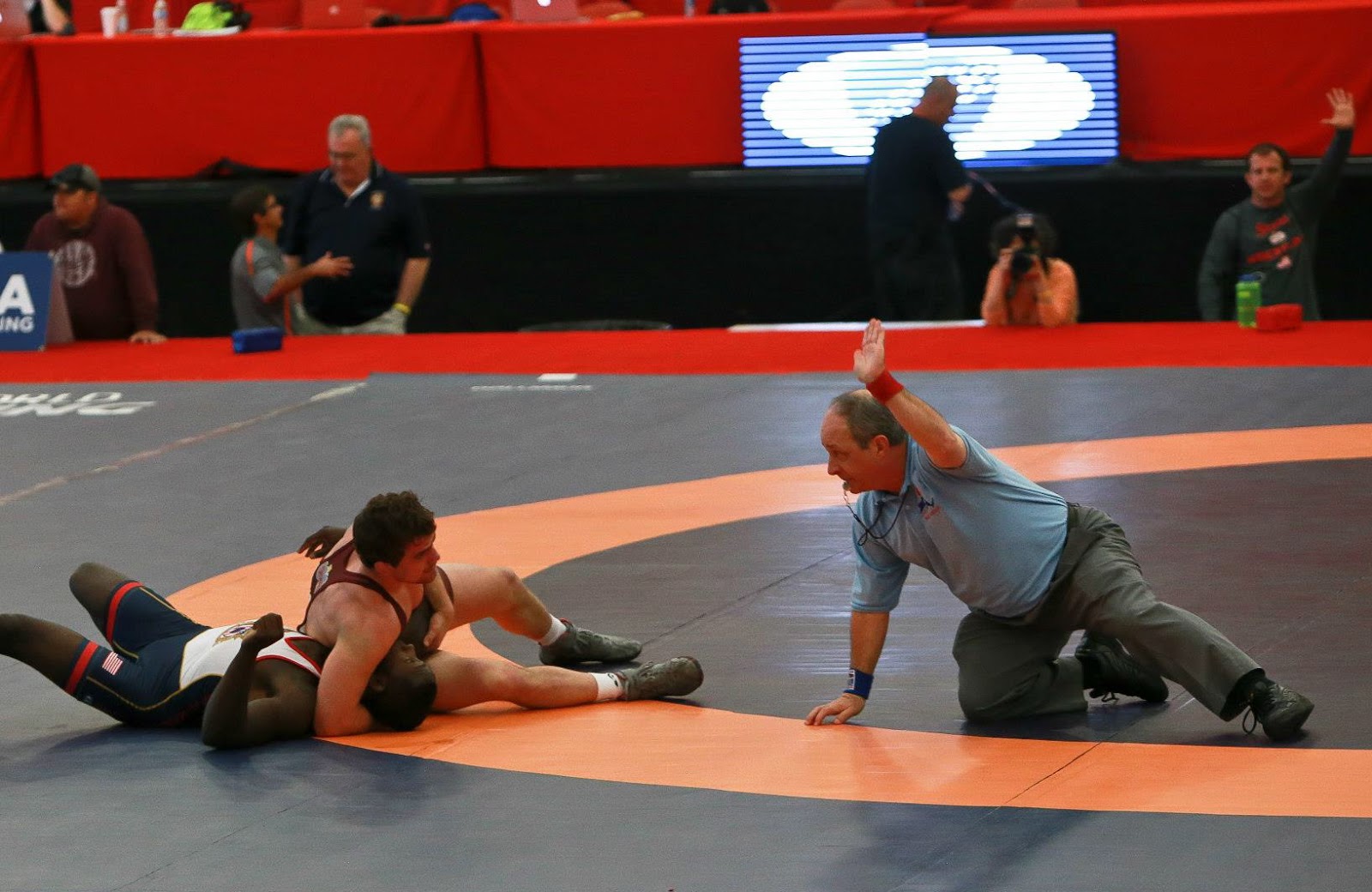 Smith advance to the finals with an 8-0 technical fall in the quarterfinals and a pin over Kendrick Sanders in the semifinals.

In the finals he trailed 2-0 against Lester in a rematch of last year's Open championship before Lester hit Smith with a slick four-point headlock at the end of the first period to build a 6-0 lead heading into the break. Lester would add a seventh point on a pushout before Smith would score two points on a gutwrench in par terre in the bout's waning seconds.

Seven individual Storm wrestlers placed among the four weights on Friday including Holm and Smith.

Brian Graham finished with a bronze medal at 66kg. He reached the semis before losing 9-0 to returning World Teamer Bryce Saddoris of the U.S. Marine Corps. Graham came back through the consolations to defeat Bo Beckman in the consolation semifinals then earned a fall over multiple-time World Teamer Joe Betterman of the Army at 4:20.

Alec Ortiz finished fourth at 71kg. Seeded fourth, Ortiz moved into the semifinals with a 4-0 win over Navy's Bobby Yamashita. Lester then knocked Ortiz from the championship bracket 10-0. Ortiz beat developmental athlete Colin Schubert 8-0 to advance to the third-place match, but Ortiz would fall to Kendrick Sanders of the NYAC 11-0.

Parker Betts finished sixth at 130kg, while Devin Scott and Niko Bogojevic both finished in seventh place at 66kg and 130kg respectively.

On Saturday, Ryan Mango, Mason Manville, Jake Fisher, Joe Rau, Patrick Carey, Tyler Lehmann, John Wechter and Andy Bisek will all take to the mats to complete the Greco-Roman portion of the event.

On the freestyle side of things, six Storm wrestlers are still in contention for placement led by finalist Dustin Schlatter at 70kg. Schlatter, a 2009 World Teamer and past NCAA champion for the University of Minnesota, moved into the finals after defeating Storm teammate Kevin LeValley 10-0. LeValley has recently accepted a coaching position at Bucknell, his alma mater, but is still competing for the Storm.

Schlatter will face 2015 World Teamer Nick Marable of Sunkist Kids in the finals. Schlatter has earned four wins by technical fall and has outscored his opponents 42-0.

Wrestling back through the consolation rounds are Zach Sanders at 57kg, Jayson Ness at 65kg, LeValley at 70kg, and heavyweights Chad Johnson and Tony Nelson.

Sanders opens with Tyler Graff of the NYAC, while Ness faces Brett Robbins of the Panther Wrestling Club. LeValley will hang until the consolation semifinals. Johnson will face Titan Mercury's Chad Hanke while Nelson will face Minnesota native Matthew Meuleners, also of Titan Mercury. Johnson and Nelson could meet if they both win their opening round bouts.

For full results and live video links, go to http://www.trackwrestling.com/opentournaments/VerifyPassword.jsp?tournamentId=145245009