Three members of the Minnesota Storm and Minnesota Training Center will compete this week at the United World Wrestling World Championships in Las Vegas, Nevada.

Minnesota natives Andy Bisek and Jordan Holm will represent the United States at 75kg and 85kg in Greco-Roman while Bebeto Yewah will represent Cameroon in men's freestyle at 65kg.

Bisek will see the mat first, competing on the event's first day, Monday, September 7. Bisek is in a loaded weight class with 13 of the World's top 20 wrestlers entered including an impressive six past World or Olympic champions. Bisek received his draw on Sunday and will open up with Venezuela's Luis Avendano. Looming in his side of the bracket is multiple-time World silver medalist Mark Madsen of Denmark and Saeid Abvali of Iran, who won the World title in 2011. Bisek finished with a  bronze medal in last year's event, ending a six-year drought for the U.S. Greco-Roman team.

Holm will compete at 85kg and compete on the third day of Greco-Roman on Wednesday, September 9. Holm will receive his draw after weighing in on Tuesday evening. Holm is making his third straight World Championships appearance after competing in Budapest, Hungary in 2013 and Tashkent, Uzbekistan last year. 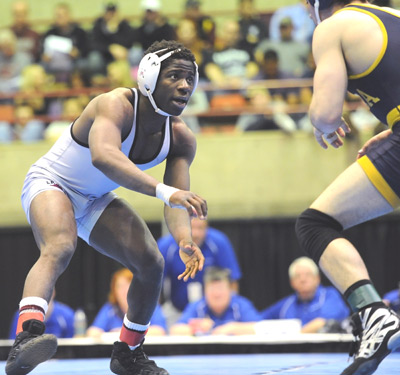 Below are interviews preparing for the World Championships.
Tweet
‹ Back